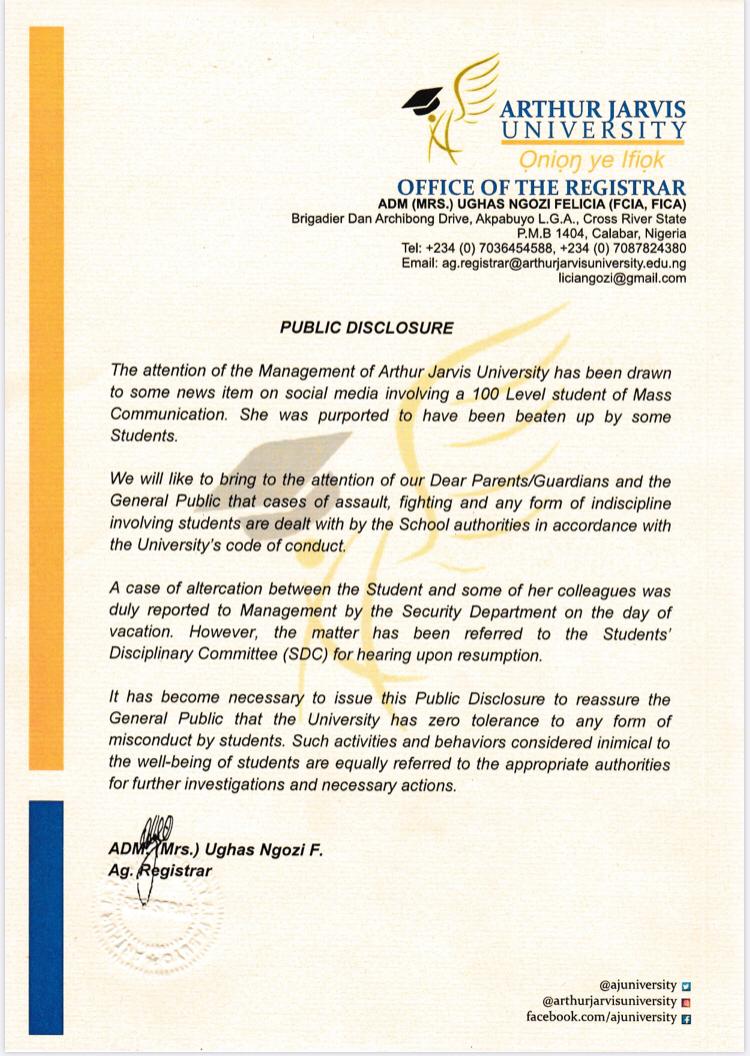 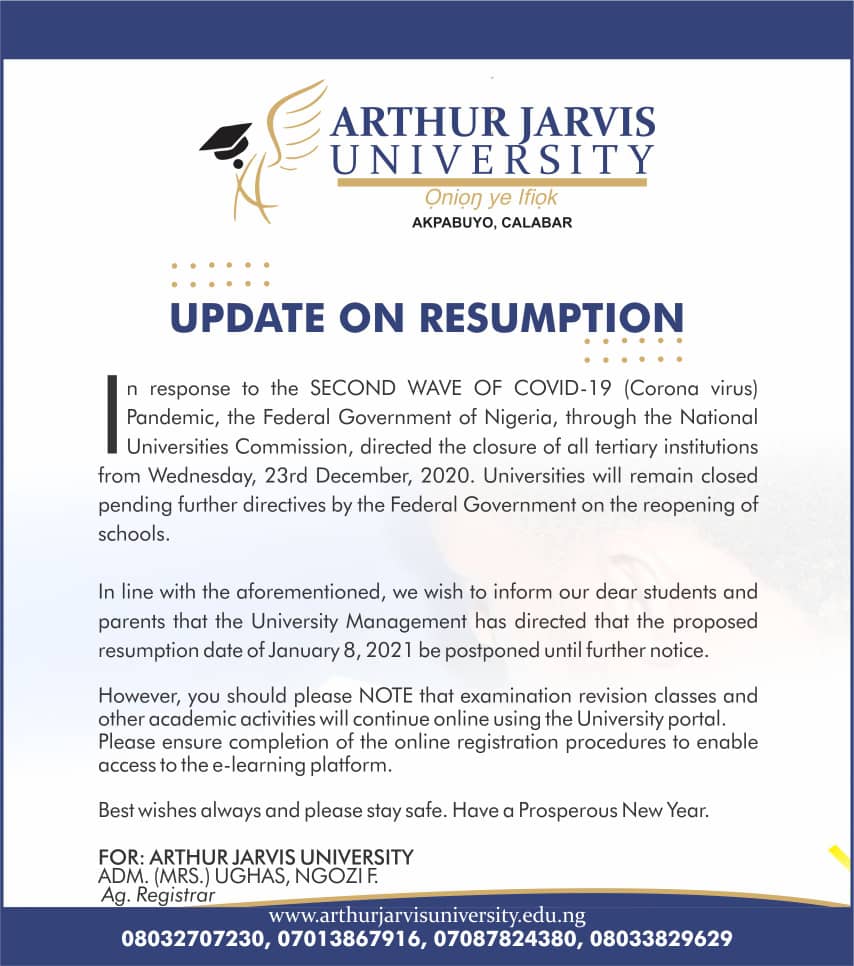 Hundreds of newly-admitted students gathered at the Arthur Jarvis University High School Hall (AJUHS) for the Freshmen Orientation Exercise of the institution on the 17th of October 2022. Members of staff of the prestigious University were also in attendance. Dignitaries and important representatives of various organizations, including the Federal Neuro-Psychiatric Hospital, Calabar (FNPH), Hogiftz Konzultz and Events and Tenece Professional Services graced the event. In order to sensitize the students on the effects and consequences of drug misuse, the National Drug Law Enforcement Agency (NDLEA) was also duly represented.

The ceremony was flagged off with an opening prayer by Dr Thomas Ibe, which was followed by the introduction of the principal officers and members of the expanded management to the new students. The freshmen were given a brief background history or profile of the University, along with its vision and mission. They were also informed of the institution's code of conduct and core values. The three-day "Orientathon" (Marathon Orientation) was concluded with a facility tour of the University.

In addition to having an educational influence on her students, Arthur Jarvis University has made it a priority to instill values and excellent moral behavior in her students both within and beyond the walls of the institution. This is an integral part of the institution's legacy since it was founded in 2017 hence much of the Orientation Exercise was devoted to counselling the new students and equipping them with the right tools to succeed.

We send our best wishes to the freshmen as they embark on this new path.

The journey has just begun.